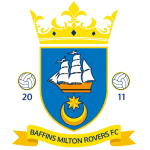 Baffins were a changed side to the one we saw lose heavily at Hamworthy United recently, we were expecting a fairly easy match for Christchurch but Baffins had other ideas and took the early part of the game to Church who looked like they were struggling to find their fluid form from late.

At half time it looked very much like the 0-0 scoreline would continue until Max Wilcock popped in an opener from out of nothing on 57 minutes which seemed to rejuvenate the Christchurch team while heads started to drop from the visitors.

Some weird things were going on tonight with decisions by the match referee who had a good first half but the second we need to forget! James Cowan received a straight red card on 62 minutes, following just five minutes later Baffins manager, Shaun Wilkinson received his marching orders from the dugout as well. Straight after this, Will Fletcher replaced Kyle Graham, within 60 seconds he popped the ball in the net to double the Church lead on 69 minutes.

The fun wasn’t over, Brad Cherrett received his marching orders with a red card on 72 minutes followed by substitutions for both teams and then a sin bin for Josh Warren in the 84th minute before Fletcher wrapped the evening off sending us into lockdown with a goal on 90 minutes.

Another win for Church sees them move into 5th position on 20 points just 8 behind leaders Hamworthy United and 1 game in hand.

That was our last live football for a while, hopefully, we will be back in December but who knows what is going to happen over the next 4 weeks. Stay safe everyone, thank you to Christchurch and Hamworthy for accommodating us this season so far, a big thank you to you all for tuning in to our live broadcasts.

We will be broadcasting some live shows during the week and every Saturday for 3 hours from 2.30 pm with Tim Allan.